Auditions – “Murder on the Orient Express” 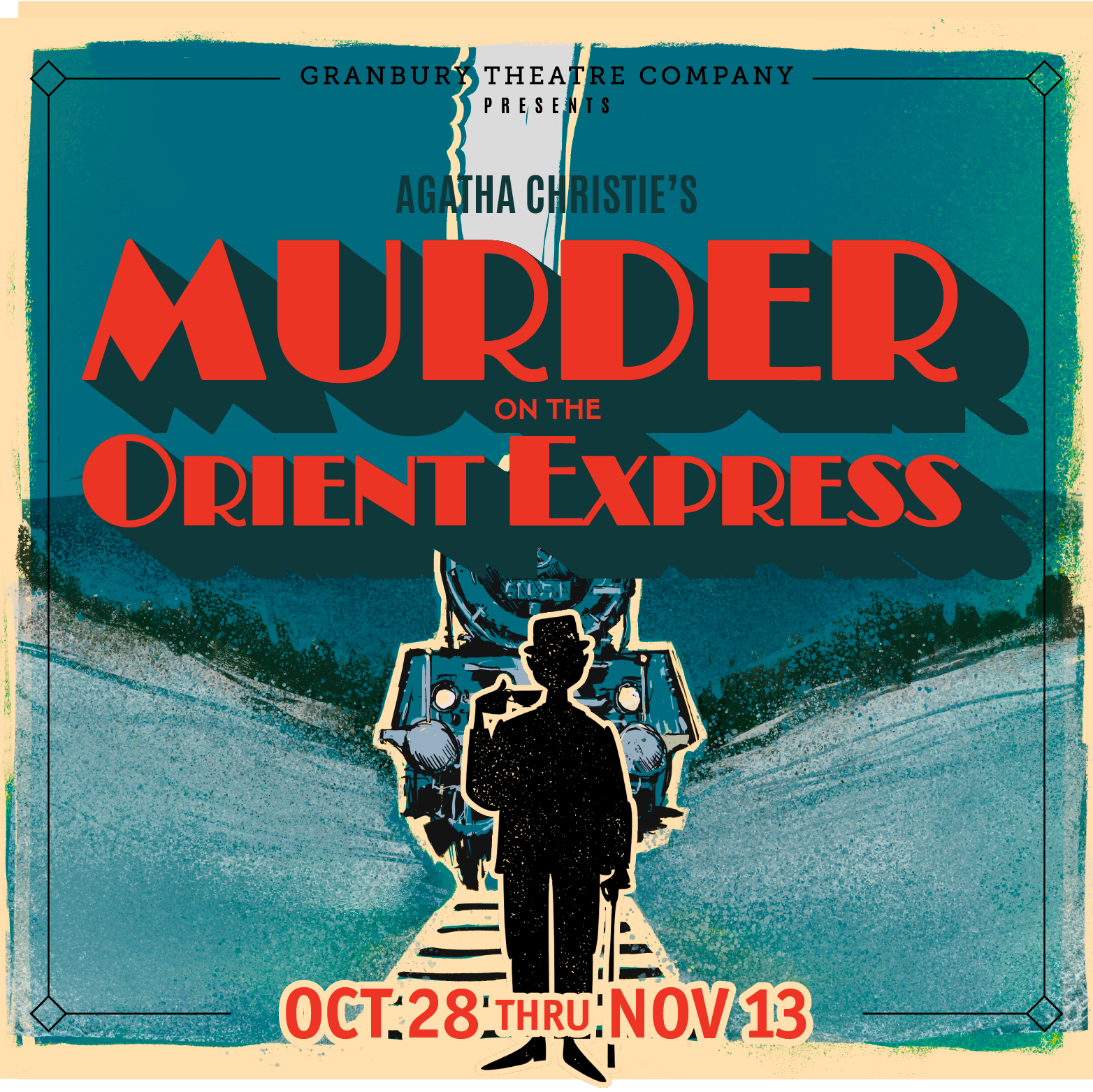 Murder on the Orient Express

Granbury Theatre Company employs a COVID-19 mitigation officer. Depending on community transmission levels, protocols may include all cast and crew members wearing a mask at all times during rehearsals (during tech week, masks may be removed while performing). COVID-19 testing may be required weekly or more frequently, if necessary for all unvaccinated (or in need of a booster) cast/crew and for any vaccinated cast/crew experiencing symptoms.

Due to supply issues, cast/crew members may be required to supply their own COVID-19 tests.

Please submit a video file of you performing audition sides (available below).

Just after midnight, a snowdrift stops the Orient Express in its tracks. The luxurious train is surprisingly full for the time of the year, but by the morning it is one passenger fewer. An American tycoon lies dead in his compartment, stabbed a dozen times, his door locked from the inside. Isolated and with a killer in their midst, the passengers rely on detective Hercule Poirot to identify the murderer – in case he or she decides to strike again.

“Agatha Christie’s Murder on the Orient Express” is presented by arrangement with Concord Theatricals on behalf of Samuel French, Inc.
www.concordtheatricals.com

Please choose TWO different character monologues to perform for your audition. Memorizing your monologues is not required, but certainly recommended. Many of these characters speak with an accent. Accents are challenging, and no one is expecting you to have a perfect accent at your first audition. However, you are strongly encouraged to give it your best shot!