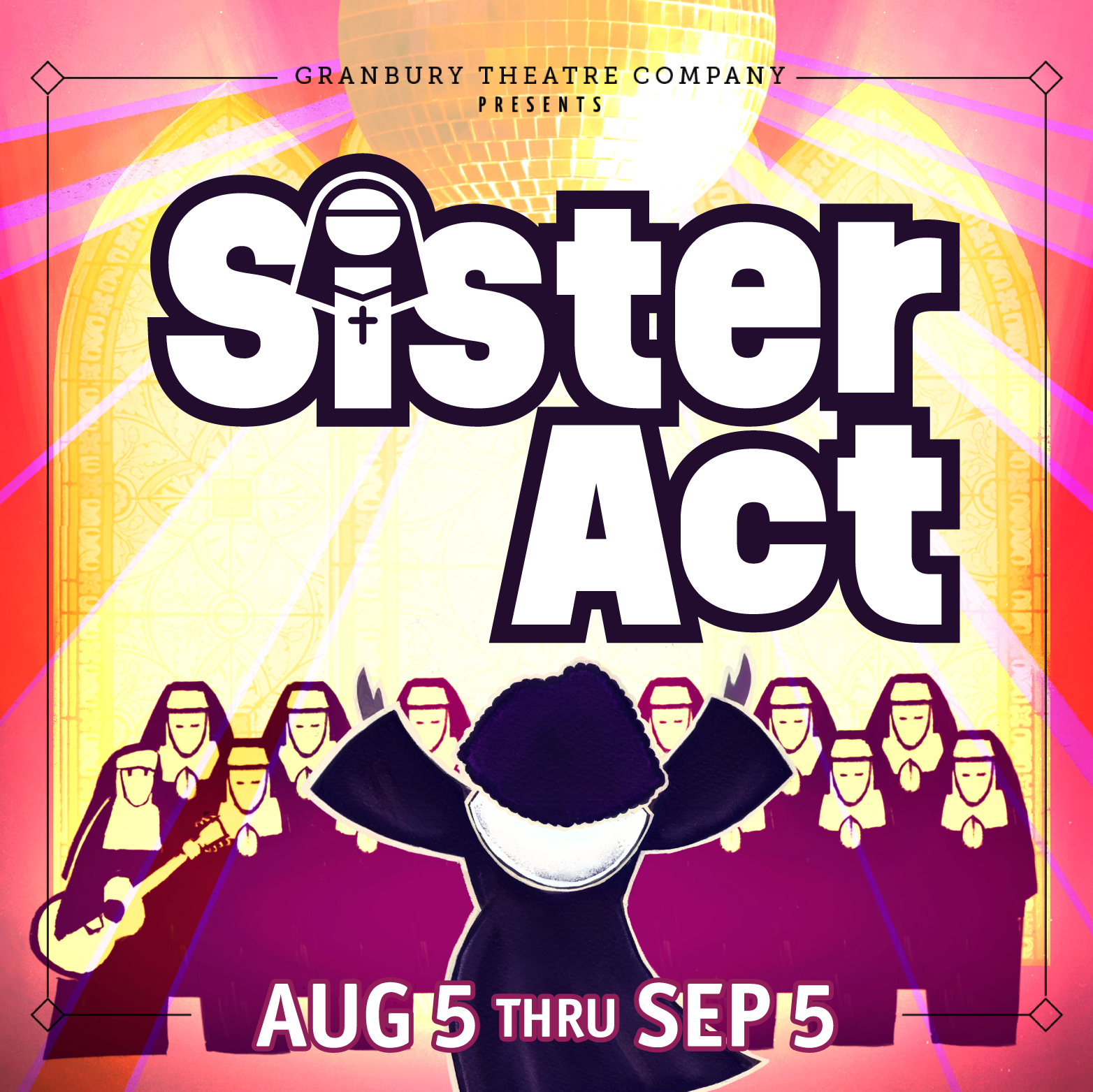 Granbury Theatre Company employs a COVID-19 mitigation officer. Depending on community transmission levels, protocols may include all cast and crew members wearing a mask at all times during rehearsals (during tech week, masks may be removed while performing). COVID-19 testing may be required weekly or more frequently, if necessary for all unvaccinated (or in need of a booster) cast/crew and for any vaccinated cast/crew experiencing symptoms.

Due to supply issues, cast/crew members may be required to supply their own COVID-19 tests.

Please submit a video file of you singing 32 bars from a song in the style of the show with track or accompaniment.

When disco diva, Deloris Van Cartier, witnesses a murder, she is put in protective custody in the one place the cops are sure she won’t be a found: a convent! Disguised as a nun, she finds herself at odds with both the rigid lifestyle and uptight Mother Superior. Using her unique disco moves and singing talent to inspire the choir, Deloris breathes new life into the church and community but, in doing so, blows her cover. Soon, the gang is giving chase, only to find them up against Deloris and the power of her newly found sisterhood.
SISTER ACT Is presented through special arrangement with Music Theatre International (MTI). All authorized performance materials are also supplied by MTI.
www.mtishows.com