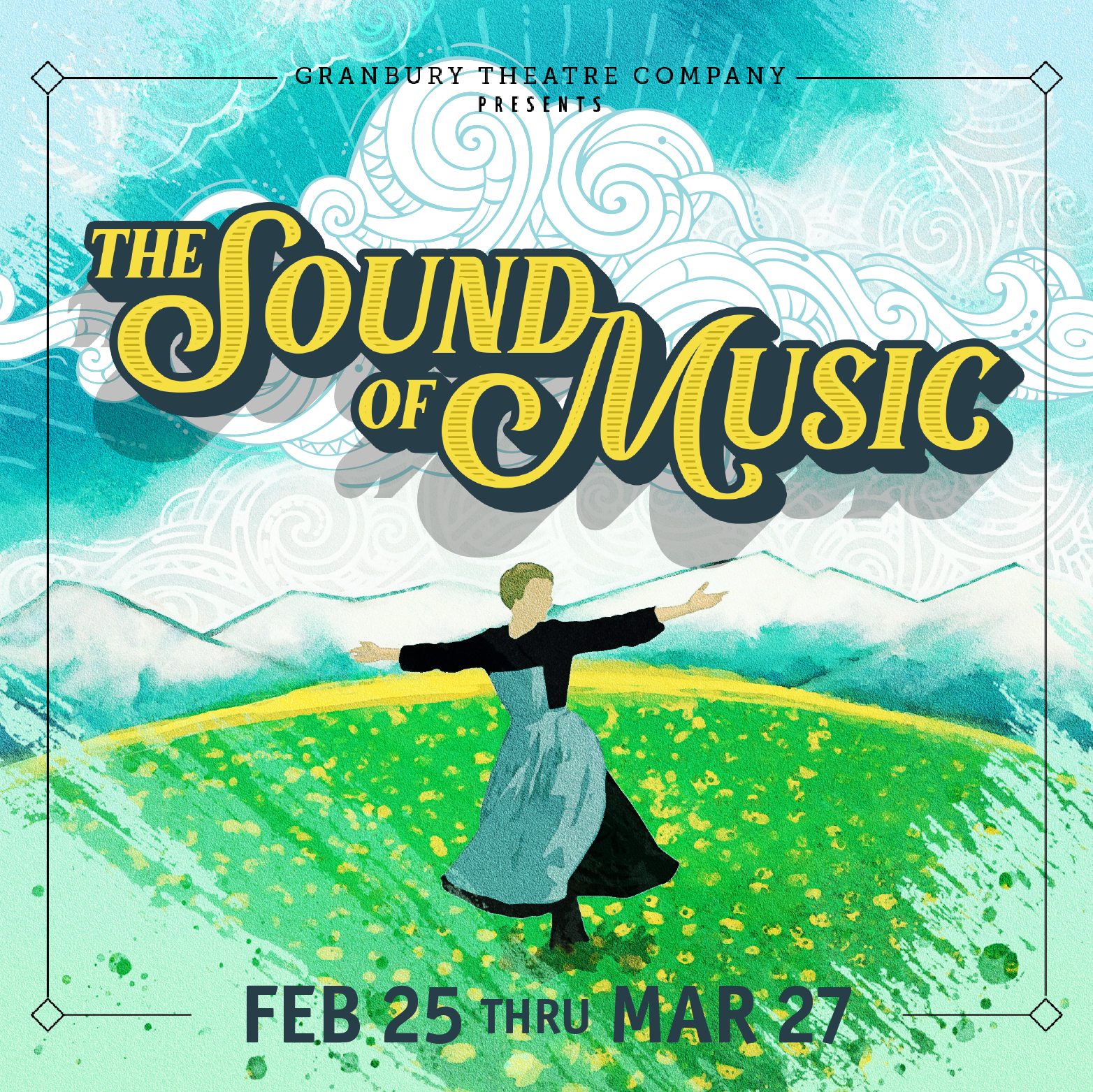 The Sound of Music

Granbury Theatre Company employs a COVID-19 mitigation officer. Protocols include all cast and crew members wearing a mask at all times during rehearsals (during tech week, masks may be removed while performing). COVID-19 testing is required weekly (or more frequently, if necessary) for all unvaccinated cast/crew and for any vaccinated cast/crew experiencing symptoms.

Please submit a video file of you singing 32 bars from a song in the style of the show with track or accompaniment. Please no songs from “The Sound of Music.”

The final collaboration between Rodgers & Hammerstein was destined to become the world’s most beloved musical. Featuring a trove of cherished songs, including “Climb Ev’ry Mountain,” “My Favorite Things,” “Do Re Mi,” “Sixteen Going on Seventeen” and the title number, The Sound of Music won the hearts of audiences worldwide, earning five Tony Awards and five Oscars. The inspirational story, based on the memoir of Maria Augusta Trapp, follows an ebullient postulate who serves as governess to the seven children of the imperious Captain von Trapp, bringing music and joy to the household. But as the forces of Nazism take hold of Austria, Maria and the entire von Trapp family must make a moral decision.

THE SOUND OF MUSIC is presented by arrangement with Concord Theatricals on behalf of The Rodgers & Hammerstein Organization. www.concordtheatricals.com